The average marriage in England & Wales will last for 30 years. The majority of marriages will end with the death of a spouse.

Most online sources incorrectly report the average length of a marriage as 11-12 years.

In a previous blog, we reported that the average (median) length of a marriage for divorces granted in 2016 was 12 years. We also noted that the estimated percentage of marriages ending in divorce is 42%. These figures were drawn from the UK Office for National Statistics 2016 release on divorce in the England & Wales.

These figures were last compiled in 2010. With record low divorce rates and increasing life expectancy, we should expect to see all marriages lasting longer in 2018. 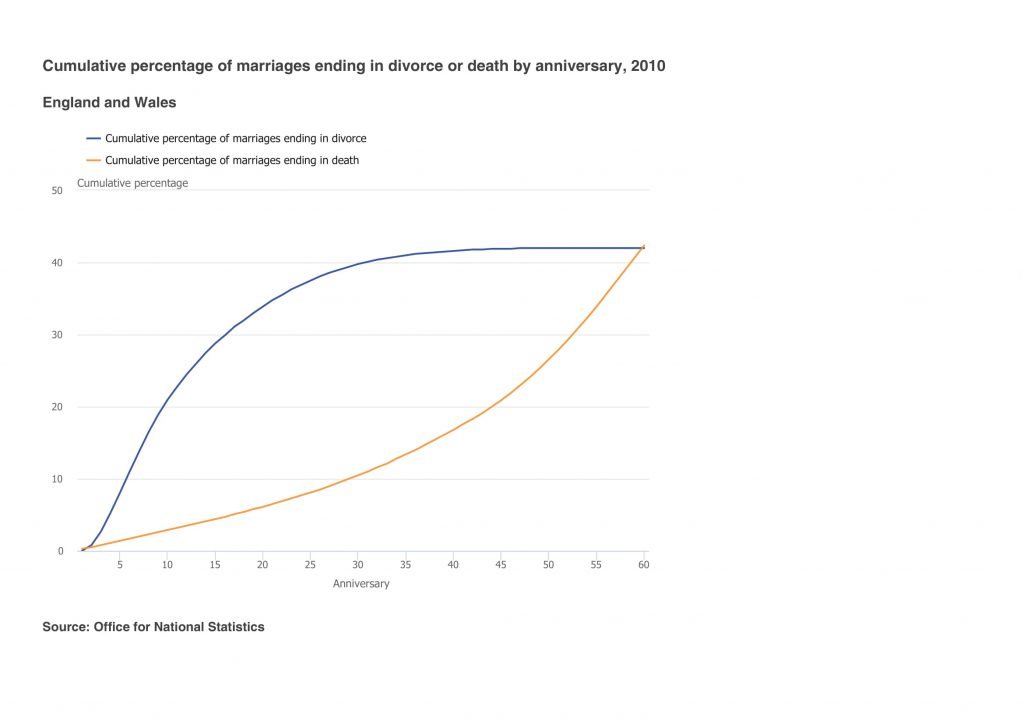 Get Expert Advice You can contact us for confidential family law advice or to arrange a meeting at our office in central Milton Keynes. We offer free, no obligation, telephone consultations for qualifying individuals. If you would like to book an initial phone consultation at no cost, please complete our online questionnaire. Copyright 2013-2019 Rainscourt Law LLP. All rights reserved.

"Savers who have pension attachment orders following a divorce are being urged to seek legal advice as the pension freedoms can alter the use of the original settlement." https://www.ftadviser.com/pensions/2019/07/04/pension-freedoms-could-change-old-divorce-settlements/