3. Men are much less likely to enter into civil partnerships than they were in the past. From 19,292 in 2006, the number of men getting civil partnerships has fallen consistently over the years to 5,872 in 2013, less than one third of its peak.

4. On the other hand, the number of women getting civil partnerships has remained fairly constant at around 6500 per year for the past 7 years.

5. The most popular place to get a civil partnership in 2013 was Brighton (maybe not so surprising a fact). However, for men the most popular venue for their ceremony was Westminster.

7. London was more than twice as popular a venue for men than it was for women (2008 men had their ceremony there, compared to 982 women).

10. August is the most popular month for having a civil partnership (845 ceremonies in 2013). January is the least popular (235 ceremonies).

This data does not include same sex couples who have married, or converted their civil partnership into a marriage, by virtue of the Marriage (Same Sex Couples) Act 2013. 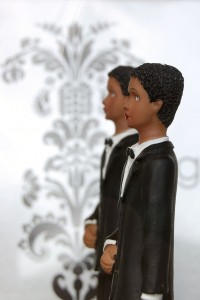