When your family law matter finally reaches court, your case will be heard by one (or more) judges. The type of judge you encounter will depend on the court where your case is being heard.

Standard family cases are heard in the County Court or a Magistrates Court, and will either be heard by a District Judge, Circuit Judge or Magistrates.

We can advise you in each case which court you are likely to appear in and in front of what kind of judge, depending on your individual circumstances. You can read about how to address (what to call) these different judges here.

Magistrates, or Justices of the Peace, are members of the local community without legal background or knowledge who act as judges in the magistrates’ court. They bring a broad experience of life to the bench, working part-time. Justices of the Peace receive support in court from Legal Advisers (they cannot in fact hear cases without them), and must sit for at least 26 half-days a year. Justices of the Peace are unpaid, although they do receive reimbursement for their travel and expense.

District Judges are full-time judges who deal with the majority of cases in the County Court. In the Family Court, District Judges hear most of the cases involving the division of family assets and, along with the Circuit Judges, they also hear the cases involving children. They preside over a wide a range of family and civil law cases such as divorces, child proceedings and domestic violence injunctions.

Deputy District Judges are part-time and fee-paid. They sit in the County Courts and District Registries of the High Court for between 15 and 50 days a year. In general their jurisdiction is the same as that of a District Judge.

Recorders are a type of fee-paid judicial officeholder who sit in both Crown and County Courts. They are solicitors or barristers with at least ten years practice before these courts. Their jurisdiction is broadly similar to that of a Circuit Judge, but they generally handle less complex or serious matters coming before the court. Appointments are made for five years, and Recorders normally sit for between 15 and 30 days a year.

Circuit Judges are appointed to one of the six circuits in England and Wales, and sit in the Crown and County Courts within their particular region. Some Circuit Judges deal specifically with criminal or civil cases, while others are authorised to hear public and/or private law family cases.

The judges of the Court of Appeal are senior judges with lengthy judicial experience, who hear both criminal and civil appeals which have been referred up to them from the High Court and the Crown Court and County Courts. Traditionally, such judges are also appointed to the ranks of the Privy Council. They almost always sit in the Royal Courts of Justice in London, although occasionally the Court of Appeal has sittings elsewhere in England and Wales. 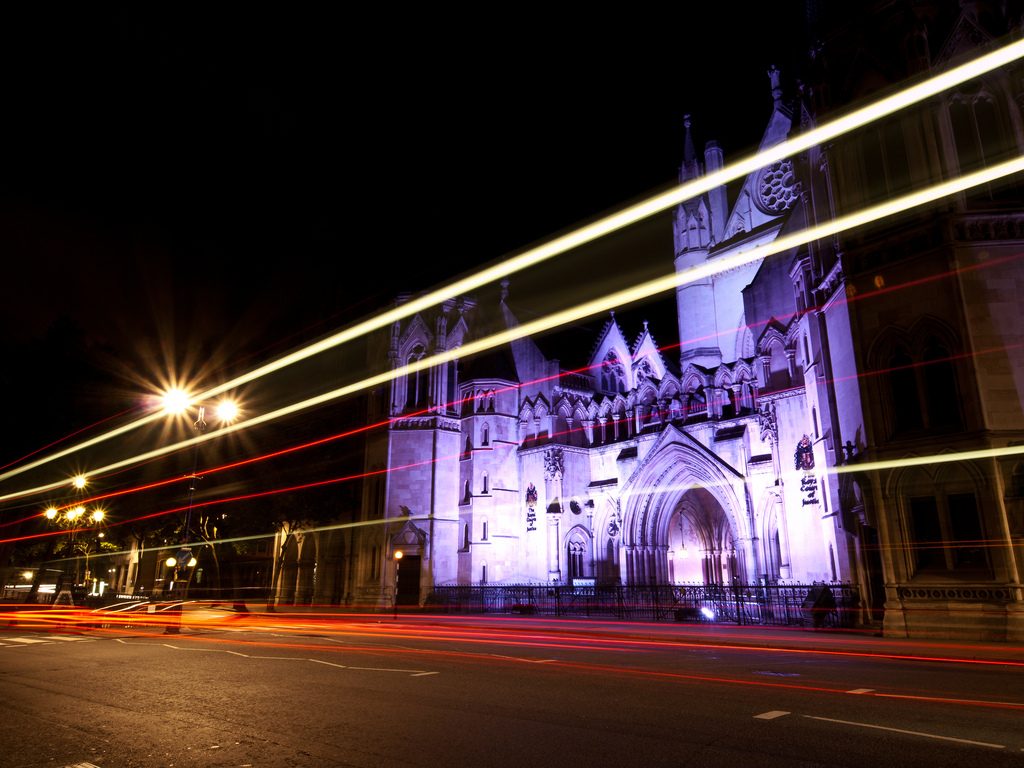 Light Trails outside the Royal Court of Justice by William Warby

A huge thank you to @KRainscourt for being one of our Corporate members! 💙 By being a corporate member you are supporting key issues in your local community. Together we can make a difference! Find out more: http://ow.ly/7OBR50ES7DU

DID YOU KNOW?
The Peace Pagoda @willenlake was the first of its kind to be built in the Western hemisphere. It was built in 1980 by the monks and nuns of the Nipponzan Myohoji and it sits next to their Buddhist Temple 🙏

New blog: How can I make my divorce amicable? https://www.rainscourt.com/how-can-i-make-my-divorce-amicable/?utm_campaign=twitter&utm_medium=twitter&utm_source=twitter #divorce #familylaw